Austin, Texas is known for its world-class food, music and art scene, thriving nightlife, and of course the long-running televised Austin City Limits. While the famed “Keep Austin Weird” slogan helped put this Texas city on the map, the area’s housing market is keeping it there.

Clearly one of the hottest housing markets in the country, Austin’s rapidly expanding economy is driving more demand and dollars into the city than ever before.

The Texas capital has become a hot spot for millennials and creatives as they seek a balance of career opportunities and cultural amenities. Austin’s abundant job market is attracting a highly educated workforce, meaning renters can afford and are willing to pay higher rents.

Rental vacancy in Austin is at a five-year low, hovering at just 3%. The national average is over double that at 6.5%, an indication of the high demand to live and rent in the Austin area. It’s just another sign of how Austin, Texas holds great opportunities for real estate investors.

What Investors Should Know About Austin, TX

Austin has been the most desirable real estate market in the country this year.

The city has experienced incredible growth for several reasons. Not only is Austin a hot spot for growing tech companies, but it has lower housing prices compared to California and New York. Couple that with the increasing demand, and you get a recipe for incredible real estate investment opportunities.

Austin consistently ranks as one of the best places to live, start a business, raise a family, and the most popular city for migration.

The city has become a tech hub in the last five to six years, and tons of high-paying tech companies have moved to ATX in the last couple of years. It’s no wonder that Austin tops all other big Texas cities on the list of best real estate markets.

5 Reasons Investors Should Invest in Austin

Austin is ranked as one of the best places in Texas to invest in real estate. Along with the Dallas-Fort Worth area, Austin has reached the top of real estate investors’ shopping lists. In the CBRE’s annual Investors Intentions Survey, Austin and DFW got the highest marks, outranking larger coastal cities.

Austin’s housing market is sizable – it ranked 7th nationally overall and 3rd among large cities. The city’s stable job market and incredible economy not only draw employees of some of the country’s largest companies, but also entrepreneurs and start-up companies.

The Austin metro area suffers from a low housing stock — a problem exacerbated by the influx of new residents and the heightened desire for homeownership caused by the pandemic. With the onslaught of growth in Austin comes a higher demand for SFR real estate. To keep up with the demand for rental housing, investors, developers, and builders have turned to new construction projects and build to rent housing.

Recently, Austin’s housing permit rate was ranked among the highest in the nation. Between 2011 and 2020, more than 135,000 new housing permits were filed in Austin – the fifth highest rate in the country – according to the National Association of Home Builders.

Now more than ever, it’s important for real estate investors to secure the funding they need to make sure their projects get started with no issue. With the consistent rise in new construction projects, investors need the right kind of funding to purchase Texas investment properties.

Because of its size, Austin has several neighborhoods that promise continued growth, which means more opportunities for real estate investors to build homes or scale their SFR portfolios.

2. Austin’s Economy Is One of The Best Performing Among Major Metros.

Austin, Texas is drawing massive business to the city, turning it into one of the best performing metro areas in the United States.

While most of the country’s major metros spent 2020 battling declining economies, Austin added more than 11,000 jobs, regained 71% of the city’s pandemic-related job losses, and only lost roughly 1% of jobs between 2019 and 2020, making the city one of the fastest major metro markets to recover from the pandemic.

The Austin region has become a hub for advanced manufacturing, clean technology, creative and digital technology, data management, financial service and insurance, and space technology. The city’s top employers are:

3. Austin Is Growing and Showing No Signs of Slowing Down.

Austin is a natural hot spot for real estate investors because its continued growth creates demand and opportunity for investors. Austin’s population topped 961,000 last year according to 2020 census data, a gain of 21.7% from over the last 10 years.

Among urban cities, the rate of growth in Austin trailed only New York City, Houston, and Fort Worth in raw increase in the number of people since 2010. Austin was the second-fastest-growing major city in Texas behind Fort Worth, which grew nearly 24%.

In Q4 2020, Austin was the top destination for those looking to move to a different metro area. The city gained 18% of the people fleeing from San Francisco during the pandemic.

Although the pandemic hit the brakes on many cities’ growth and development, Austin emerged from the pandemic more developed and populous than ever before.

4. Rental Properties Are Popping Up All Over the City.

It’s hard to miss the rental properties that are popping up all over Austin.

The single-family rental industry in Central Texas has been growing in step with burgeoning demand and rising housing prices in the area — and investors are keenly aware that renting is increasingly the best bet for many.

Not only has the build to rent concept attracted the attention of several major traditional builders in Texas, but companies dedicated almost exclusively to these developments are bullish on the Lone Star State.

Lenders and investors are also more receptive to the product type after seeing headlines all over the U.S. spotlighting its newfound popularity. Because the build to rent model has seen so much success, lenders are more comfortable helping investors secure new construction loans in Austin, Texas to get the projects rolling.

Rent prices in Austin fell during the height of the pandemic; in November 2020, the average monthly rent dropped to $1,259.  But since then, rent has rocketed up. In August, the average price of rent hit $1,511 – an 18% increase YOY.

Rent prices in Austin have been increasing at historical rates. Experts say the supply of homes and apartments for rent is not keeping up with the number of people moving into the city.

While demand for housing in Austin is high, construction hasn’t slowed down. It’s actually done the opposite, which is a good sign for investors looking to build rental properties in Austin and capitalize on the increasing rent.

Since 2014, an average of about 5,700 new rental units have been added to the city each year. Austin is on track to eclipse that this year. In the first half of 2021, more than 4,000 new homes became available to rent, according to data from Apartment Trends.

Should You Invest in Austin, Texas’ Real Estate Market?

Despite low inventory, increasing rents, and increasing home prices, Austin real estate investors with strong investment strategies can still profit. The city is continuing to grow – both in population and industry – and investors are creating solutions to combat the low housing inventory with multiple rental communities.

Don’t miss out on the opportunities Austin has to offer because of funding. It’s now more important than ever to have a lender capable of helping you:

If you’re interested in purchasing investment properties in Austin or in other parts of Texas, such as Houston or Dallas-Fort Worth, contact Lima One to learn more.

We’re different from other hard money lenders in Texas. From the initial application to the loan payoff, our lending experts will be there every step of the way. Plus, we do everything in-house.

Get started today and scale your rental property portfolio with Lima One, the nation’s premier lender for real estate investors. 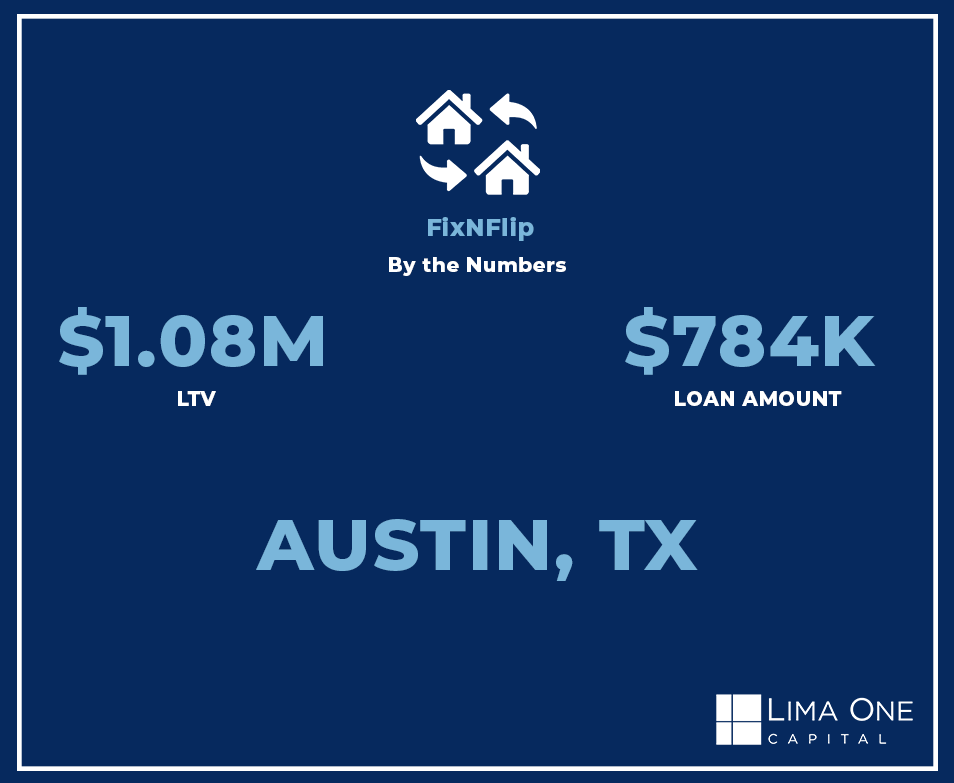